All BDGS fixtures for this year are now cancelled due to current situation.

HOWEVER we will try to hold a 'one off' Gala Day type event (to incude all 4 clubs), later in the year as and when virus rules allow.

Our Past President TOM GROGAN, passed away recently.

Tom served the BDGS as President for 3 years (2009-2011)....during his term he never failed to attend a meeting and was always prepared to give the Society his absolute 100% support.
He will be sadly missed by us all.
R.I.P. TOM.
Posted by Don Weston at 10:07 No comments: 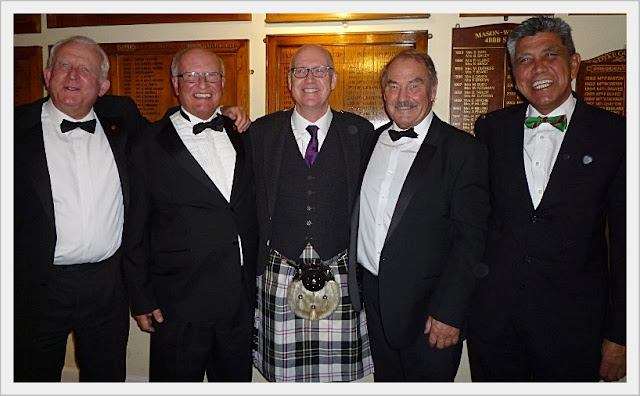 With only the professionals to come in, scores were level between West Hove and Dyke. So it was all down to sudden death after Peter Tarver-Jones and Brad Harris had tied on 70...so down to sudden death! with Brad prevailing with a birdie on 19th hole!! Scores on the day were DGC 16, B&H 7, WHGC 5, EBGC 3..This made final scores for the year:- 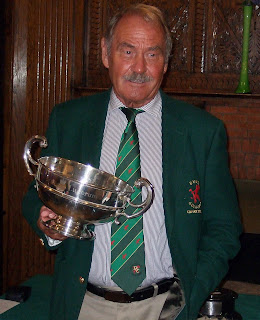 At East Brighton, with all to play for in the year's Order of merit, Dyke GC were winners of THE CAPTAINS' PUTTER with 175 points from B&H with 163 and East Brighton 159. Dyke's last 2 players Gary Epstein and Robin Fuller 'sealing the deal' with 39 and 41 points. 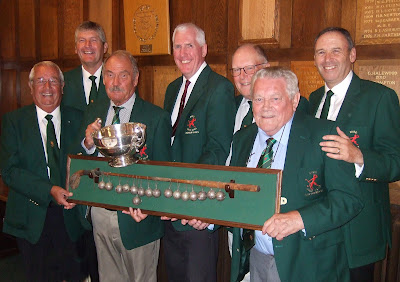 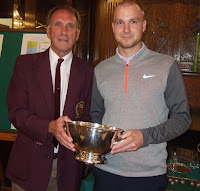 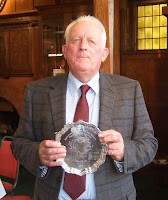 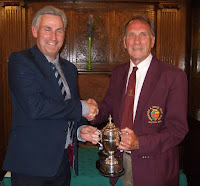 For the MIXED CUP... DYKE GC beat Brighton and Hove 3-2 going to last match on the course with Andy and Jane Rogers winning on the 17th to secure victory. 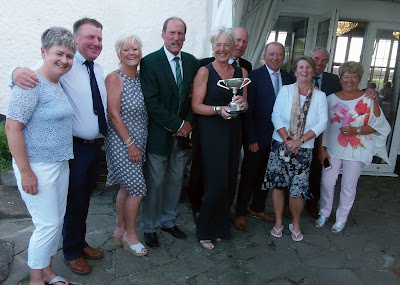 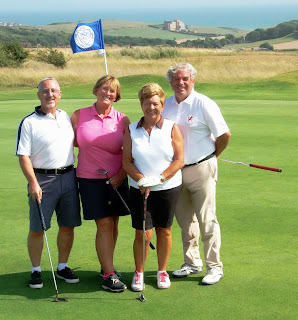 On the 10th....Chris and Jan Gill with Pat Fitzpatrick and Tony Humphrey
Posted by Don Weston at 04:45 No comments:

This year's event was held at Brighton and Hove GC...results were:-